471 Runners Weigh In on Virtual and Live Racing

Do runners want to return to racing? Are virtual races a viable substitute? What type of runner is the most likely to run a virtual race? My hypothesis: it all comes down to why we race.

I surveyed 471 runners to find the answers. The respondents are my social media followers and members of a Facebook racing group. I think this is a large enough universe to be statistically significant. This will be a long blog post so I have summarized the key points below: 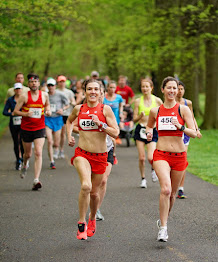 1. The top reason that runners race is because it motivates them to train for something and stay active. Over half of the runners surveyed cited this as one of their top two reasons for racing.

2. Of the runners who typically run 6 or more races per year, 46% of them have not registered for a virtual race. Within this same group, the top reason they race is the atmosphere (spectators, cheering, volunteers, etc).

3. Of the runners who are most motivated by the opportunity to set a PR, 59% of them have not registered for a virtual race. One could infer that they would not view a PR from a virtual race as legitimate.

4. Of all runners surveyed, 50% of them have not registered for a virtual race.

5. Of all runners surveyed, 12% (57 runners) believe that nobody should race a live event until there is a vaccine. Ironically, of these 57 runners, only 17 of them said they would choose the virtual option over the live option if a race offered both options. 14 of them said they would definitely race the live event, and 26 said it would depend on the size of the live event. I guess there is ideology, and then there is reality!

6. 22% of all runners surveyed do not agree with race cancelations, while 12% believe that nobody should race without a vaccine. The remainder fall in the middle.

I had suspected that the following primary racing motivations would equate to less virtual racing, but I was wrong. Within these groups, it's about 50/50 for virtual vs. not registered for a virtual race: 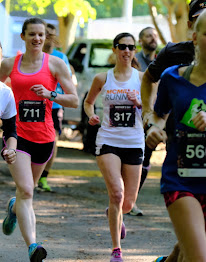 something and stay active. Over half (52%) of respondents listed this reason in their top two. The second most common motivator is the feeling of accomplishment & crossing a finish line. Arguably, you do get a feeling of accomplishment from a virtual race, but you do not get the feeling of crossing a finish line. Well, unless you created a DIY finish line and had a few people there cheering. 44% of runners indicated that this feeling of accomplishment was one of their top two motivators.
Some of the write-in responses were:
Live races turned virtual: most runners won't run virtually
82% of respondents were registered for a live race that turned into a virtual race. For the purpose of this section, I am referring to only those runners within the 82% (386 runners).
Only 17% of these runners responded that they always ran the virtual race whenever this happened to them. This leaves us with 83% of runners registered for a race that became virtual, that they didn't end up running at least once. Why not? I didn't ask that question but I can think of a number of reasons:
For the Cherry Blossom 10-miler, only 12% of registrants ran the 2020 virtual race, myself included. That's lower than my survey suggests as typical. I suspect, however, that a 10-miler might fall into the category of being too long to run as a virtual race, whereas a 5K and a 10K are more manageable distances.
Virtual races are not as popular as live races
This shouldn't surprise anyone, but how much less popular are they? In this context, I am referring to runners registering for virtual races, knowing that they are virtual. NOT participating in a virtual race that they had originally registered for as a live race.
Only 28% of all respondents registered for 2 or more virtual races knowing they would be virtual. And yet, 97.5% of respondents typically run 2 or more live races per year. This shows that runners are racing much less and are less willing to pay to run a virtual race.
I'll stray from the data a moment to add my own perspective on this one. I have paid to run 3 virtual races: the Mother's Day 4-miler, the Firecracker 5K and the Indianapolis Monumental Mile. In the case of the 4-miler, I did it to support the local running store. For the Firecracker 5K, I also did it to support the local running store and for a sense of maintaining tradition. For the Mile, I wanted the shirt! And I wanted to have an official mile race to train for. However, now that some live races are coming back, I do not think I will register for a virtual race again. 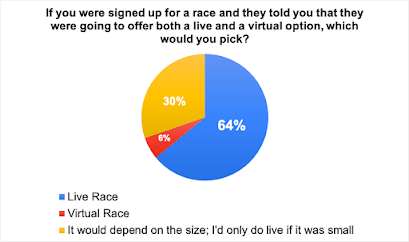 Most runners think that small races can return safely
Of all runners surveyed, 12% (57 runners) believe that nobody should race a live event until there is a vaccine. The rest of the respondents think that small races can return safely, or they flat out do not agree with the cancelations. 103 runners responded, "I don't agree with the cancelations; let runners choose if they want to participate."
This was a higher number than expected. On social media, I see so many people saying "it was the right decision" to cancel a race. But not everyone believes that. Rarely do I hear runners speak out against cancelations. The more vocal crowd seems to be the smaller number of people who believe we need a vaccine for races to return.
269 runners responded, "I think small races can return safely, but we need a vaccine for larger ones." This is where the majority fell, and it's not surprising. I think this is where we are as a society. As I mentioned in my previous post, there are no hard-and-fast rules about what makes a race safe. It truly depends on who is making the decisions. It is typically the government officials who are the ones denying race directors the permits. But in some cases, the race directors don't want the responsibility.
I don't know of any races of more than 500 people that have occurred since March. Marathons and half marathons are more likely to be canceled than shorter races, likely due to the number of volunteers required.
Some runners wrote-in responses. Here are some interesting ones:
"I personally am not comfortable with live racing, but if runners want to safely participate in small events with guidelines, then let them."
"I think we need to learn more about the virus before we return to large races."
"If races use smart safe precautions then let's have them. Both large and small races. As long as they 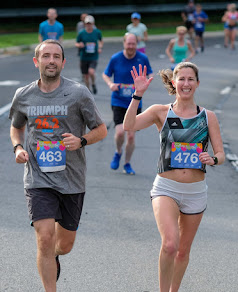 take every precaution."
"I don't think a vaccine needs to be in place. Start small and with distancing."
"I think right now we have figured out how to do small races and we could be having more of them."
"If a race doesn't want the responsibility/burden/guilt of potentially spreading a deadly virus, I'm not going to disagree with them."
"I wouldn't go so far as to say a vaccine has to be available for large races to happen, but I would need to see what steps were being taken to minimize risk."
"Have runners bring their own fuel and sign a waiver."
"I think races of any size can be held with planning. Split participants into smaller groups and stagger start times. Require wearing a mask at the start line."
"Frustrating but understandable. My distance and pace PR goals don't stop because events stop."
"I think running is fine because everyone is spread apart most of the time. The only issue is the start and finish."
Final thoughts and Key takeaways
I think the return to racing is a "we have to walk before we can run" approach. Small live races are happening today with precautions in place. Even though it's truly arbitrary, many see January 2021 as when things will start getting back to normal. That's most likely because people can't envision these cancelations continuing into another calendar year.
After reading through 471 survey responses, the overwhelming sentiment is that runners want to race. Not all runners, but most runners. They do want to race safely, of course, but most of them believe that we are ready to do that today. Even some of the runners who believe that nobody should race until a vaccine is available said that they would run a live race if given the opportunity.
Many runners are participating in virtual races, but they are not running nearly as many virtual races as they would live races. While virtual races offer runners the ability to train for something and gain personal satisfaction, they are not a replacement for live races.
Thank you to everyone who participated in this survey.
at 12:26 PM