When I first started this blog on MySpace about 15 years ago, it was very much of a journal in which I let my closest friends into my thoughts, feelings, struggles, and more. At that time, I had an audience of about 30 people. But that audience was super engaged and interested in what I had to say, and MySpace made sure that all 30 people saw my blog posts.

When I moved it to blogger in 2009 without any privacy restrictions, I stopped writing personal details and kept it strictly to running. My audience was still limited, though, because I didn’t actively try to grow my blog following. I sometimes shared my blog posts on Facebook, but there was only a small number of people who cared to read my long and drawn out race recaps. I was fine with that. My primary audience was me, as I wanted to keep a record of all my running experiences. I was actually surprised when people read my blog and took interest in the details of my running. 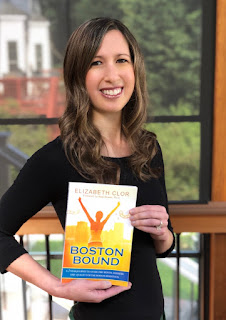 Then, in 2016, I started writing daily posts on Instagram where I got even more exposure, mainly for the purposes of promoting my book, Boston Bound. And before I knew it, my audience there skyrocketed and within a year, I had over 10,000 followers. Those were the glory days, before Instagram had an algorithm that controlled the posts its users’ feeds. Posts were simply displayed in the order in which they were published.

I don’t know anyone who favors the algorithm over chronological order, but Instagram doesn’t even give users a choice anymore. In fact, I created a poll in my Instagram story and 95% of users said they would prefer pictures to appear in the order they were posted, and this poll had over 400 responses! Today, Instagram has become so corrupted with bots and fake followers, as well as its own penalties to punish bots and fake followers. Instagram claims its sole objective is to make the community a “safe space” to engage, but actually its sole purpose is to make money, and to do that, it needs to tightly control what people see.

I’m in marketing, so I get it. Instagram (owned by Facebook) is a business and the purpose of a business is to make money. That’s fine, but please just be honest about it! Don’t pretend that you are making changes to improve the user experience when in reality you are trying to maximize your profits from advertisers. As much as Instagram claims that it rewards great content by promoting it to a larger audience, it’s all a computerized algorithm and I’ve cracked the code on what Instagram does and does not like.

For example, my track photos consistently get fewer views, likes, and comments than my other photos. Even though those are some of the toughest workouts I do! Why? The algorithm sees the track and/or field and something about that pattern indicates the post is of lower quality. Keep in mind, I have been posting on Instagram almost every day for 3+ years, and my lowest performing posts are always the track workouts.

Instagram also doesn’t like colored blocks of text. Sometimes to make my posts more attractive, I use colored text vs. simple black and white. But without fail, any time I put a colored text box in my photo, it reaches a much smaller audience. Also, if I edit the caption after posting the photo, engagement numbers go way down. Editing is a big no-no.

Thankfully, I can still come here to my blog and express myself without the Instagram algorithm controlling who sees it. Now that I’ve given some background on where I’m coming from, I’d like to express two major gripes I have with Instagram.

Removing the Like Count
Instagram is removing like counts from photos. If you can still see like counts, chances are that you won’t be able to see them for much longer. My ability to see like counts was removed several months ago. This means that when I scroll through Instagram, I can’t see how many people have liked someone else’s photo.

I can still see how many people liked my photo, but I have to take an extra step by tapping on “and others” for the total number to come up. This confuses the heck out of me. Instagram says they are doing it to make the platform a “safe space” where users aren’t pressured by the number of likes their photos get. But I can still see my own likes! Doesn’t that defeat the whole purpose? The only thing that’s changed is I can’t see other people’s likes, and I have to take one extra step to see my own likes.

My theory is that Instagram is doing this for . . . CONTROL. As I mentioned above, they need to maintain tight control over the platform for maximum profit, and that means control over data. If likes are no longer public data, then how will businesses know which influencers have the highest engagement rates? They won’t, which means they might lean more towards paid advertising with Instagram. Eventually, businesses will have to pay Instagram for access to engagement data. You want to run an influencer marketing campaign? Well, you’ll have to pay Instagram first to know which influencers to use. Today, businesses are bypassing paid advertising on Instagram by using influencers, and Instagram wants its cut.

I have no problem with this, but I DO have a problem with Instagram saying they are doing it to make it a “safe space”. If users can still see their own like counts, what is the point?

Finally, Instagram likes are basically the result of an algorithm. I see very little correlation between the posts I think are really great and how many likes they get. I know that certain elements will trigger a greater reach from the algorithm, and therefore more likes. I would never take it personally! I know that my track workout photos will get far fewer likes, but that doesn’t mean I am going to stop posting them or feel badly about it. It’s a computer.

Penalizing Valid Accounts
Instagram penalizes accounts that it thinks are violating its terms of use. That seems logical, right? Yes, but they are once again using a computer algorithm to determine which users should be penalized.

Last Saturday, when Greg was doing his long run and I was at home waiting for the pool to open, I decided to check out the Houston Marathon hashtag along with some other running hashtags. I ended up liking and commenting on more photos than I usually do. And I did it all within about 30-45 minutes.

On Sunday morning, when I opened Instagram, they required me to provide my cell phone number for two-factor authentication before I was allowed to do anything. I didn’t want Instagram having my phone number. I Googled it and I found out that this means Instagram suspects me of being a bot, so the phone is required to confirm I am a human. UGH. Okay, so now Instagram has my phone number that it can sell to any number of advertisers.

Since giving my phone number to Instagram a few days ago, I have received several spam text messages, using my first name. I used to get spam texts, but never with my name being used.

Once I had access to my account, I started posting and interacting as I normally do. But my daily post had very little reach compared to my other posts. The same thing happened to me again on Monday, and I realized that my post wasn’t being shown for any of the hashtags I was using. I Googled this problem, and I learned that I was “shadow banned”. This is a 14-day ban for accounts that violate the terms of use. The only thing I can think of that caused this was that I liked and commented on more posts than I typically do on Saturday. Apparently users can only like 3 posts per minute over a 1-hour period.

Can’t we just go back to MySpace, when social media was about expressing yourself and not a numbers game?
at 6:26 PM