In 18+ years of running, I certainly have made the rounds of all the different types of tendonitis!

I can now add to the list Posterior Tibialis Tendonitis. Here's how it happened.

December 8: CIM
Upon completion of the marathon I noticed a pain in my arch. It hurt as I walked back to the hotel, and when I took the Vaporfly Next% off of my foot- OUCH. It was a burning pain of about 6 out of 10 on the pain scale. It seemed as if the shoe had been rubbing against my foot in a certain way to cause this arch pain. It bothered me for the rest of the day and and into the following day.

December 9 - 15: Marathon recovery
The pain went away completely two days post marathon. So much so that I forgot about it.

December 16 - 20: Easing back into running
I resumed running with short, easy runs of 30-50 minutes. I didn't have any pain in my foot.

December 21: First post-marathon symptoms
I did an 11-mile long run and the arch of my foot started to hurt about halfway through. It was maybe about a 2 on the pain scale, so I wasn't concerned. As I walked around on it for the rest of the day, I noticed that it felt off, kind of like a tight muscle.

December 22 - January 9: Blissful Ignorance (or denial)
I continued to train, doing hard workouts on the track and long runs of 10-13 miles. I even ran a 5K on New Year's Day without any problems. My foot would bother me a little, but it was more of an annoyance than anything else, never getting above a 2 on the pain scale.

After my long run on January 4th, my foot hurt more than normal, which caused concern. It was mostly okay during the run, but afterwards it was about a 3.5 to 4 on the pain scale for the rest of the day. Very tender to the touch and I could feel it with each step. That's when I realized I would probably have to address it. I continued with my training plan and track workouts until I could get in to see my physical therapist on January 9.

Diagnosis!
It didn't take long for my PT to diagnose me with posterior tibialis tendonitis; I had classic symptoms. The two areas of pain were on the bottom of my foot, where the tendon connected, and on the side of the foot, about one inch forward from the ankle bone, and one inch below. He told me I would need to take some time off running to let it heal. Not the news I wanted.

This issue wasn't caused by "overuse"-- it was caused by my shoe rubbing the wrong way during the race. So how does that result in tendonitis?!  My PT had a theory that it could have been because the shoe had an 8mm drop (as opposed to the 10mm I normally wear) and it was extra bouncy, causing my foot to pronate, where it normally does not pronate. Or, it could have been rubbing against my arch the wrong way, which irritated the tendon, and now it's going to take a while to calm down.

So. . . couldn't I just train through it like I trained through Achilles tendonitis? He said that this was different and I needed to ease up to give it time to heal. Of course, in addition to doing exercises. He was concerned that I took a week off post marathon and it came back. And he said that this is a nagging injury and tends to come back unless you treat it with the exercises over several months. 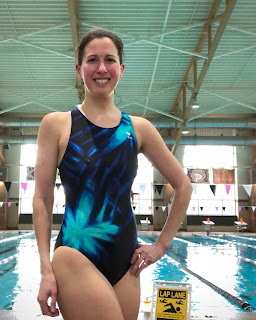 I took four full days off of running, but I went to the pool every day. I mainly did deep water running with a floatation belt, but I also added in some swimming to save myself from boredom. And I simply enjoy swimming. I would do it all the time if it were more convenient.

January 14 - now
After my four days off, I started running again, but only 3-4 miles per day. And that's where I am at now-- I just finished a 3.5 mile run in the snow. And of course, I have been religious about my exercises. Rest alone won't heal this; I need to load the tendon with weight.

I'm now at a point where I don't feel any symptoms while walking around during the day, which is a big improvement. However, after about two miles of running, I do start to feel some soreness on the bottom of my foot. Since I'm only running 3-4 mile easy runs, this pain has been about a 1.5 to 2 on the pain scale, and I am back to being symptom free five minutes after stopping.

I also bought a pair of the Mizuno Wave Inspire-- a shoe I stopped wearing over a year ago when I was told I was a neutral runner. I am a neutral runner, but the added stability will reduce the load on the tendon as I recover and the firmness of the shoe will help too. My PT told me that cushiony, bouncy shoes were bad for this injury.

Looking ahead
I'm trying not to look ahead and take this one day at a time. I have no idea how bad this is going to be. Once I start increasing my mileage (next week) will the pain come back while walking around during the day? Will it become more painful so that I can't run? My PT said that I can let it get to a "3" on the pain scale. But anything above that and I need to stop running and go back to a reduced load. Thankfully, I haven't felt a 3 or above since the day of my long run two weekends ago, and I want to keep it that way.

If this had happened a month out from Boston, I probably would have continued to train through it at full intensity and waited until after the race to rehab it. But since Boston is still over 12 weeks away, I feel like I can get away with easing up on the mileage now and still run a strong race.

How I feel
Of course, this sucks. I'm generally optimistic because as I said above, it wasn't like I was overtraining or anything. It was caused by the Vaporfly during a marathon, so once it calms down it shouldn't come back. I'd be discouraged if my normal running routine caused this. 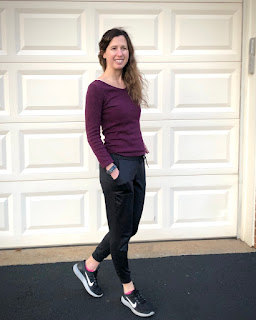 I basically have some loathing of CIM, though. I tried to be positive about my experience there, but now I just look back on that race with regret. I had a perfect training cycle and I was in the best shape of my life. I went into that race healthy and with no issues. I ended up having a difficult race, missing my goal time, not getting a PR, and ending up with an injury.

My primary positive takeaway from that race was that I had such a great training cycle and it would set me up well for my Boston cycle. But now just the opposite is true. The race set me up to start my training cycle off with an injury. If CIM had been the race I had hoped to run, I wouldn't be as peeved about this. I would have been "worth it." I'm glad CIM is behind me, and I'm never going back there and I'm on the fence about ever putting my foot in a Vaporfly Next% ever again.

Phew! Glad to get that off my chest. I am sour, but I have been distracting myself with my pool workouts and focusing on the healing process. So generally, I am in a good spot mentally. I still think I will be able to run well in Boston, and at least participate (if not run fast) in the races I have signed up for this spring.