This post a continuation of our trip to Africa. See my previous post about how we got here.

The next stop on our African adventure was Leroo La Tau in Botswana. Our light aircraft landed on the air strip and we were immediately greeted by Metal, who would be our guide for the next three days. This location was extremely remote. Metal drove us in a safari vehicle to the lodge on a bumpy, sandy road. (Thank goodness for Dramamine!)

Leroo La Tau had been recommended by our tour operator due to its high concentration of zebras. A few years ago, Greg and I had watched a zebra documentary and learned about the Botswana zebra migration. It's the second largest zebra migration in the world (Tanzania is the largest) and they all migrate to the Boteti river during the dry season. We had been familiar with Boteti, and we we realized that Leroo La Tau was situated on the Boteti river, we were very excited.

When we arrived, I was immediately taken in by the view. Many, many zebras were gathered on the other side of the river and they were easily viewable from our room. And more would come later in the day!

Leroo La Tau has 12 rooms, which are individual huts along river. Because it's so small, it was a very intimate atmosphere and the service was extremely personalized. Our room was quite large, and the best thing about it was the balcony and the view. And the room was even set up so you could watch the zebras while showering, or in the mirror behind you while brushing your teeth. 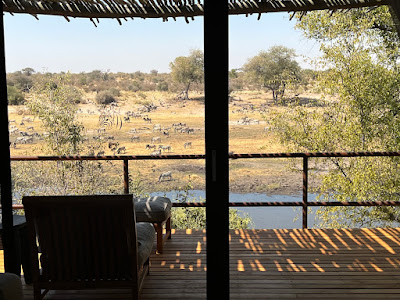 There would be no running at this lodge because running triggers the predators. And it wouldn't be out of the question for a lion to be on property. In fact, there was a lion there the second day.

When we arrived, lunch was being served. We enjoyed our meal and then got settled into our room. The ability to see 100+ zebras from our room means this was the best view I've ever had in my life. It won't ever be surpassed no matter where we go. Even with zebras roaming around outside of our room in Victoria Falls, it wasn't like hundreds of them in their natural habitat. 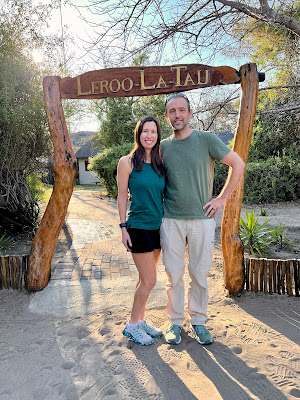 That afternoon, we went on a game drive through Makgadikgadi Pans National Park. We saw many, many zebras along with a few elephants and giraffes. The landscape itself was beautiful and we stopped for drinks and snacks to watch the sun set. Here are a few photos from that game drive: 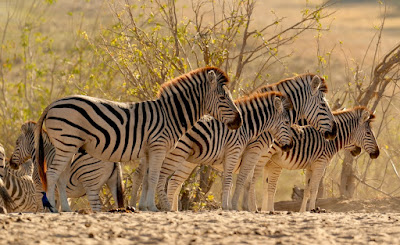 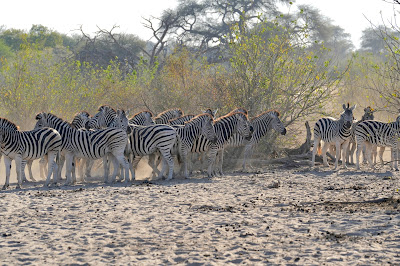 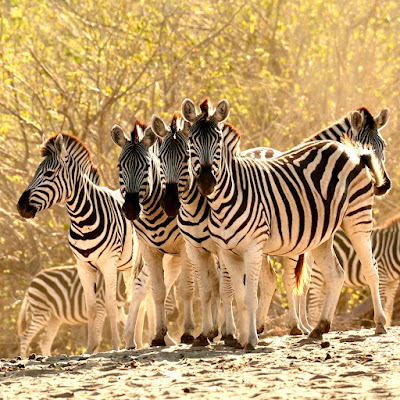 Basically, it was a zebratastic day and we have so many wonderful photos and videos. Greg really captured some amazing images and the plan is to make prints of them and hang them around our house. We will also be creating a photo book with all of the amazing photos we captured. 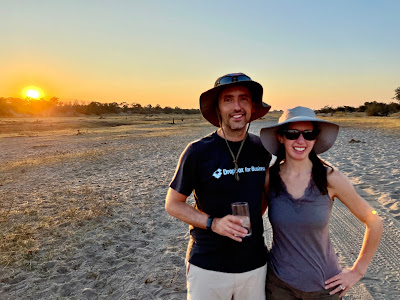 So yes, this was definitely a dream come true for me. When we returned to the lodge, we enjoyed an amazing dinner. Because the lodge only has 12 rooms, we felt like we were guests in someone's home. The meal was home cooked, the service was personalized, and we sat at a large table with the other guests. It was really interesting to meet other travelers. Most of the people we met were from Europe.

Before heading off to bed, we were handed "bush babies" which are essentially large rubber flasks of warm water that you sleep with because it gets cold over night. I loved those things so much! It got down into the mid 40s but instead of feeling cold in the traditional sense, it was refreshing.

There was no sleeping in at this lodge; the animals would not allow it. All sorts of birds and baboons jump on your hut and make lots of noise, reminding you that you are in the middle of a wildlife area. It was both rustic and luxurious at the same time. It's like we were camping but also staying in a luxury hotel.

After a light breakfast, we were off on another game drive to see even more zebras: That afternoon, instead of opting for another game drive, we stayed back at the lodge and enjoyed the view from our room.
The next day, we could have gone on a trip to Nxai Pan, which is a salt pan where nothing lives. It's essentially a vast area of nothingness. Nothing lives there; not even bugs. It's a huge salt pan. It would have taken all day to get there and come back. I didn't see the appeal of going to an area to view completely nothingness so we stayed back and enjoyed the view of the zebras from the lodge.
In the evening we went on our final game drive and Greg captured many amazing photos, including this one: 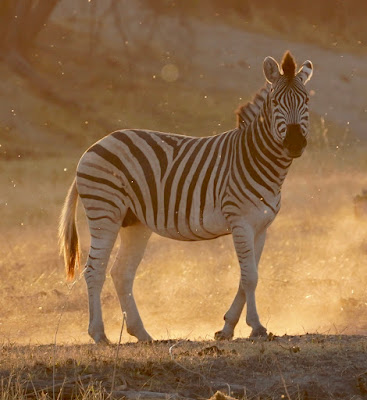 When we arrived back at the lodge for dinner, we were pleasantly surprised that they set up a special private dining area for us to celebrate our anniversary. It was situated in the top level of the main lodge and we had an entire spread all to ourselves. They made it very romantic with candles, flowers and champagne. 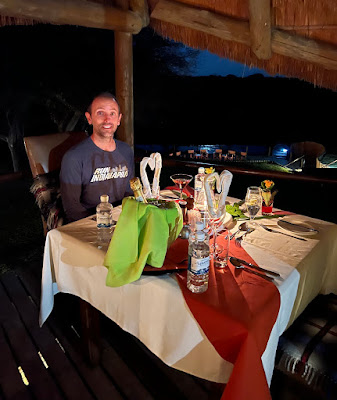 The next morning, it was time to depart. It was sad to leave, but I knew there would be more adventures ahead. After breakfast, Metal drove us back to the airstrip and we boarded our light aircraft flight to Kasane airport, which is where we had left the rest of our luggage. 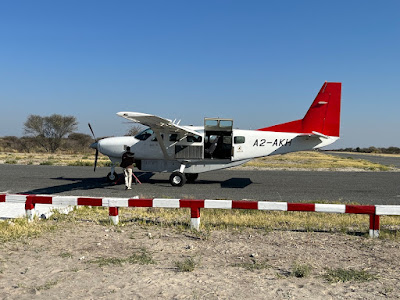 A lifelong dream of seeing zebras in their natural habitat had been fulfilled. And after seeing them in masses like that, I love them even more. Special thanks to Giltedge for recommending and booking this lodge! We did see some other animals, but this destination was truly all about the zebras. I'll share photos of other animals in my next post.
The Tanzania zebra migration is larger than the Botswana one, so there is more for us to do in the future! Keep an eye out for my next post about our third destination in Africa. 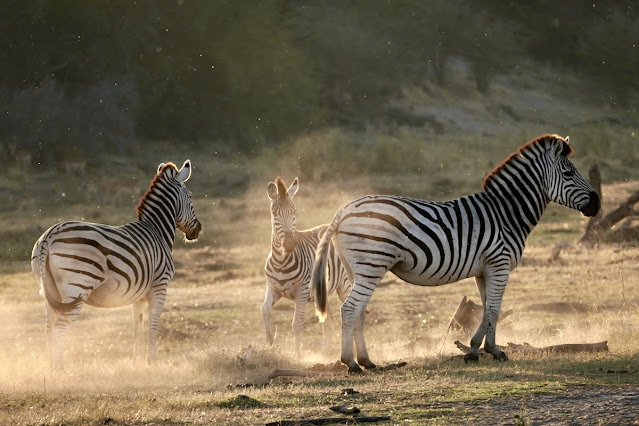