Heart rate, hills, and other stuff

I'm officially done with my 5K racing season and have moved into base building for my fall marathon. I ran four 5Ks this spring/summer and their purpose was mainly to get my running heart rate back to "normal" after Covid had made it abnormally high for months. 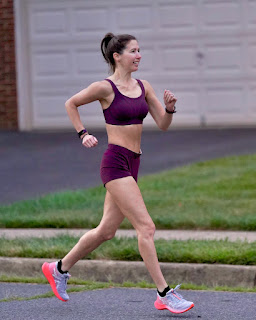 I started to notice it come down in early May and by the first week of June it was completely back to normal. All of the track workouts and 5Ks had served their purpose of reminding my autonomic nervous system that it didn't need to beat so quickly.

By early June, I was able to run further, faster, and in warmer weather with a lower heart rate than I had in April. It's unfortunate that my Boston Marathon time was a casualty of this lingering symptom, but at least I eventually overcame it. And interestingly, I think my heart rate is even lower than it typically is for summer runs in the heat.

5K Reflections
Here is what I took away from my four 5Ks:

Overall, I think it was a strong 5K season for me and I had a lot of fun with this distance. I think by the 4th one I really got the hang of having a good mental strategy. I probably won't run another one until the Turkey Trot in November.

Hills & Mileage
I've been running weekly hill workouts for the past 4 weeks, and those will continue for another 2 weeks. This will be my longest string of hill workouts ever and I think it will really pay off. I like running hills in the summer because I don't care about my pace. The track can be brutal in the summer: un-shaded, slower times, endless laps. But hills are more forgiving. They work on both speed and strength and are a nice compliment to my weekly strength training sessions.

The hill workout is my only significant workout each week. My long runs have been around 11-12 miles at an easy pace, and one of my other easy runs is a fast finish (ex: last 5 minutes at 10K effort).

In the summer I typically run about 50 miles per week, but this summer my coach has kept me in the low to mid 40s. I was worried I would lose fitness because of it, but now I realize it has enabled me to run really strong workouts because I'm not as exhausted from high miles in the humidity. 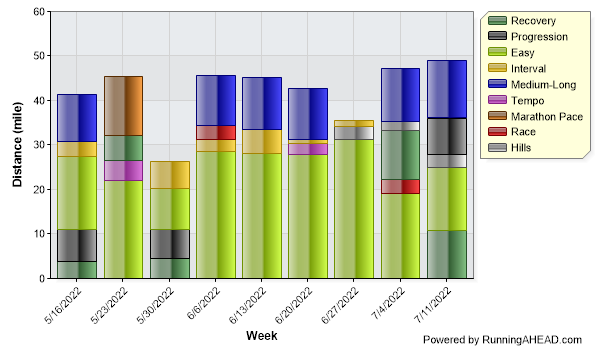 Heat and Humidity
This summer I've learned that I was probably dehydrated almost every previous summer! I am drinking twice that water that I normally do in the summer with added electrolytes as well. I drink one UCAN Hydrate or Liquid IV every day and it's made a big difference in my daily energy levels.

I also think we've had a relatively mild summer, with "relatively" being the key word. It's July 20 and there have only been a few mornings when the dew point has been higher than 70 at 7:00am. If the dew point is above 70, that's when I use my treadmill. One of the high dew point days was a hill workout day, so I did my warm up on the treadmill and used the hill next to my house. I did the minimum number of reps per the plan but I ended up feeling decent afterwards. 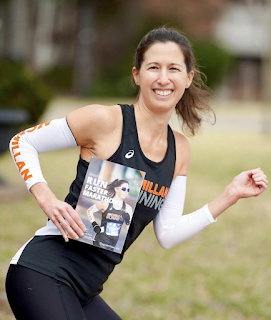 Looking Ahead
My goal races are the Hartford Half marathon in October and the Indianapolis Monumental Marathon in November. . . followed by the Houston marathon in January. There are only 10 weeks between Indianapolis and Houston which is atypical for me, but I want to give it a shot, so I can spend the spring focused on the half marathon distance.

I having been working directly with coach Greg McMillan since May which has been amazing. He's a strategic thinker and we had a long conversation about the "big picture" before he gave me any specific guidance. We have a general roadmap that we are following, and he fills in the specifics as we go along based on my feedback. I'm on the cover of his latest book, Run Faster Marathons, which contains really useful advice for marathoners of all levels.

For the next few weeks, I am trying to be very consistent with my running with a slight bump as I prepare for marathon training. That way, when I take time off running to go to Africa, it will be easy for me to jump right back in when I get home. Based on where we are going and treadmill availability, I think I will be able to run about 20 miles a week for the two weeks I am there. I don't think it will impact me too much. . . I took 3.5 weeks off completely for Covid and hardly lost any fitness at all. I'll take the opportunity to do more strength training because body weight exercises can be done anywhere!

My immediate goal is to stay healthy for this Africa trip, which will involve a self-imposed quarantine before we leave. When I return, I plan to blog about it and share many zebra photos! 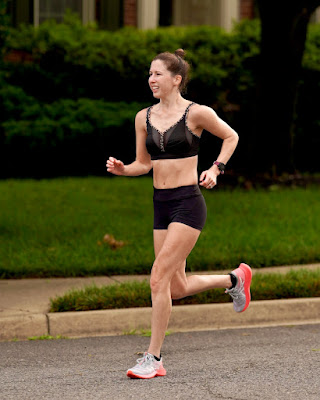