On Thursday of this week the Boston Athletic Association (B. A. A.) announced that they have changed the qualifying standards for the 2020 race. Each age/gender group must now run 5 minutes faster to qualify. They made this change due to the increasing demand for the race, with 2019 qualifiers have to run 4 minutes and 52 seconds faster than their qualifying standard to gain entry. 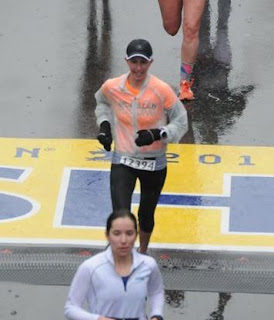 I'm not surprised by this change, and since the "buffer" has been increasing each year for the last three years, it is doubtful that anyone running less than five minutes faster than their standard would be accepted anyway. With these new standards, the B. A. A. won't need to turn down as many applicants. They turned down about 7,200 qualifiers for 2019. If I were in that group, I think I would be pretty disappointed. My prediction is that for the 2020 race, runners will still need to run faster than their qualifying standard, but maybe only by a minute or so.

My personal experience
I didn't register for the 2019 race, despite having qualified by over 18 minutes. As I've mentioned in previous posts, I plan to run Boston every two years so that I have the opportunity to experience other spring races. When I first started trying to BQ at the age of 29, I needed to run 3:40. When I turned 35, instead of getting an extra five minutes, the qualifying times were lowered so my target remained 3:40. Now that I am turning 40, they times have again been lowered, and so my BQ target remains 3:40. Thankfully, I have gotten faster with age, so I don't need the extra 5-10 minutes.

Age groups in the race results vs. age groups in qualifying
One thing I find odd is this: in the official Boston Marathon results, and on my finisher's certificate, the youngest division is 18-39. It is not 18-34. So if 35-39 year-olds are competing against the 18-34 year olds, why does that group get an extra five minutes on their qualifying time? For the 2020 race, 18-34 year old women will need to run 3:30 or faster, and 35-39 year-old women will need to run 3:35 or faster. So on one hand, the B. A. A. is saying that 35-39 year olds should compete in the same age group as the younger ones, but on the other hand, they are saying that they can gain entry into the race by running 5 minutes slower. I think that they should either eliminate the extra 5 minutes that the 35-39 age group receives, or create an age group category for 35-39 year olds in the race results.

BUT, if the B. A. A.'s rationale is that they want to "throw a bone" to the 35-39 age group or increase participation in that demographic, I guess that's a different story. A common misconception that runners have is that the B. A. A. bases their standards on fairness. I'm sure they consider that, but there are many other factors at play beside them trying to create "fair" standards. For example, older runners tend to have more disposable income and likely spend more money in Boston on race weekend. I'm not saying that the B. A. A. is catering to these runners, because the data shows that an approximately even number of people qualify in each age group. However, it would be within their right to do so.

Why are so many people BQing now?
Marathons have become more popular over the years and people are running them faster than ever. World records are still being set. I think this is due to a number of factors:

There was a sharp increase in the popularity of the marathon around 2010. All the people who started running marathons around that time have now been running them for 8 years, which is what some say is when you peak at the marathon distance. Think of those people as the "baby boomers" of running and now many of the baby boomers are fast enough to BQ.

Training to BQ
If Boston didn't exist, would people be running as fast? Let's talk about time goals for a minute. Should you train by effort, to the best of your capacity, and then run the fastest time you can? Or should you target a specific time (potentially driven by the BQ standard) when it might not line up 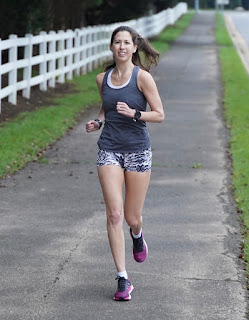 with your fitness level? I'm of the opinion that runners should choose a goal time based on their abilities, and that goal would probably be more clear about 4-6 weeks out. And then you'd have a long-term goal of qualifying for Boston or hitting some other milestone.

Part of the reason it took me 7 years to qualify was because I always thought the very next marathon had to be the BQ race. I didn't allow myself to gradually chip away at my time, so I stalled out in the 3:50's for years. I fared much better when I decided to train to my fullest capacity and let the time be what it would. I learned to have patience. My marathon time came down from 3:48 to 3:43 to 3:40 to 3:35. And then down to 3:21! Instead of chasing the unicorn, I let the unicorn come to me. I think long-term "big goals" are great, but that with each cycle, we need to be in tune with our current fitness level and capacity to train.

I think many runners disagree with me here. They set their goal times based on the BQ standard-- "I'm training to run a 3:29 because I want to BQ". And I get that. My point is that you can encounter a slippery slope if you train for an externally-set milestone rather than what your fitness indicates.

My next BQ
As I said above, I hope to run Boston in 2020. I need to run slightly faster than 3:40 to do so. Considering I do many of my easy runs at a pace that would yield a 3:40, I am fairly confident about my ability to BQ. However- nothing is guaranteed and if the weather throws me a curve ball or if I am having an off day, I could bonk and not attain the 3:40.

I'm running the Rehoboth Beach Marathon on December 8. As of now, I am targeting a time of 3:15. If all goes as planned, I think that time is well within my reach. If it doesn't happen then, I am running another full marathon in May.

This week I ran 59 miles, and looking at my schedule, I will be running 60-70 miles a week throughout October. (Except for next week, because I am tapering for the Army Ten Miler). The "real" marathon training will begin on October 28th, just 6 weeks out from the marathon. I anticipate running very high mileage during those six weeks combined with 3-4 high-intensity workouts per week.

April 2020 seems like a long way off, so I'll definitely be enjoying my journey there.