From great to good: How I changed my life for the better

About six years ago, while discussing my running goals, I was asked why these goals were so important to me. Couldn't I simply be happy by being "a good person doing good things," he asked. 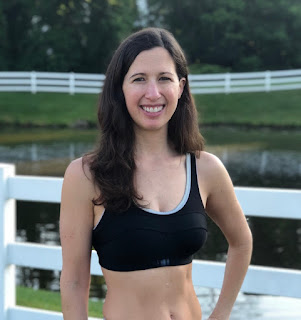 What I heard was "you shouldn't be so focused on this running stuff; give it up and just live a plain old normal life." It was like he was telling me I shouldn't try to be so special. I should just focus on being like everyone else. It was a hard pill to swallow.

This was six years ago and during those six years, I have thought extensively about this topic. I've opened my eyes to the world around me and I've had encounters with people who did not do good things. Who, based on the way they treated me and others around me, I believed to be morally corrupt. The more I observed the actions and motives of these people, the more I realized that being a good person, doing good things is the essential foundation for my self-worth. Not my accomplishments, running or otherwise. I work hard and I'm nice to people. I'm passionate about what I do. I try to bring positivity to challenging situations. I could win a dozen races, and it would be meaningless without this core foundation.

Accomplishments are easy to hang your hat on. They are tangible, measurable, and shareable. But they are meaningless if you don't value yourself for the way in which you live your life. Because I was never really taught what true self esteem was, it was easy to point to my accomplishments and feel proud. I think I've always been a good person doing good things, but I vastly undervalued it. I didn't realize that I should be loving myself for it, instead of focusing so much on what I could achieve. I'm probably a late bloomer in all of this, as I didn't come to this realization until my mid 30s. But once I did, it was life changing.

Now, as I go about my days, I am much more aware of how I'm approaching situations and not simply the end goal. I prioritize acting with dignity and I admire others who do the same.

I'm currently coming off of a five-week break from running. Many people have said to me, "it must be killing you to not run!" But truthfully, it didn't kill me. It was (and still is) hard, but I didn't focus on it all that much because I knew I would recover and eventually I'd be out there running every day again.

In closing, what this person was asking me to do was anything but ordinary and mediocre. He was asking me to start thinking about my values and who I was as a person. Was I a good person? Did I treat others with respect? Was I honest, caring, and genuine? I've come to realize that I pride myself most on my authenticity.

Great things aren't great if they aren't fundamentally good. If we all focused more on being good rather than great, the world would surely be a better place.