Erase This Word From Your Running Vocabulary

Lately, I have been seeing this word all over the place in the running community. Particularly in blogs and on Instagram. And when I read it or hear it, it's like nails on a chalkboard to me.

Here are some (not verbatim) examples of how I have seen this word used:

These types of lines leave me scratching my head. What? Why would you need an excuse? Did you not just go bust your butt in a race or a workout while most people are sitting on a couch? What would you be excusing yourself for? Even though these runners are saying that they are NOT making excuses, they are implying that they might, in fact, need one by virtue of calling it out.

Let's back up here. In trying to figure out why this word bothers me so much, I've broken it down to the basics. What is an excuse? When would you use one?

An excuse has two components.

1. You didn't do something you were supposed to do; you failed to meet a commitment
2. You didn't actually intend to do it, so you manufactured an explanation. 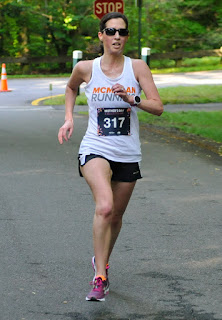 Both 1 and 2 need to be present in order for an excuse to come into play. If it's just #1, then there could be a very simple reason why. Maybe there was a major accident that prevented you from getting into work on time. Maybe you truly were sick so you couldn't attend the event. Maybe you couldn't do your homework because you had a headache. In this case, none of these would be excuses, they would be reasons.

Now let's apply it to running. It's almost never the case that 1 OR 2 exists, let alone both. When runners say they "aren't trying to make excuses" my question is, excuses for what? What didn't you do that you should have done? You missed a PR? You ran slower than your goal time? Well, that happens all the time. It's part of running. It's nothing that needs an excuse, an apology, or even an explanation. That said, explanations are helpful in understanding what went wrong, and if it was something you could control, how can you improve for next time? If it was something you couldn't control, then it's important to note it and then move on.

I remember a few years ago at the start of the Cherry Blossom 10-miler, the announcer said, "It's a beautiful day at 45 degrees and 5 mph winds. We call this no-excuses weather." So, if the weather were hot or rainy, would that be "excuse weather"?  Could you imagine if the announcer of the Boston Marathon said "Well, it's going to be 75 degrees and sunny today. It's excuses weather, so go on and make excuses for your poor performance."

If you ran a race, you don't need an excuse. It doesn't matter how fast or how slow you ran it. It doesn't matter if you achieved your goal or not. You showed up. You gave your best effort. Period. If you went on any kind of run, actually, you don't need an excuse. You would only need an excuse if you intended to train for a marathon, but didn't do any of the work. Or if you registered for a race and just didn't feel like showing up on race morning. If you put miles on your running shoes, then #1 above doesn't exist. So an excuse would never come into play.

I also really hate the phrases "what's your excuse?" and "no excuses" when it comes to running. I see those so often on Instagram and Facebook. And even in advertising. Those phrases might apply to non-athletes who may legitimately want to start running, but don't make it a priority. But for people who regularly go out and run, the word "excuse" is completely irrelevant and potentially self-defeating. It's a negative word, and it's poisonous to a healthy mindset. So erase it from your vocabulary.
at 1:23 PM