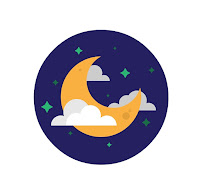 My favorite part about having published a book is hearing from people who were helped by it. Within just two weeks of launching Boston Bound, a runner named Alison reached out to me on the book's Facebook page and said that she loved the book so much that she lent it out and planned to read it for a second time before her upcoming marathon. Naturally, I was curious to learn more about her. After hearing about her journey, I couldn't resist sharing it on my blog.

Background
Alison, a doctor, began running just over 4 years ago when her neighbor was training for a sprint triathlon. The neighbor wanted someone to keep her accountable so the two of them started to run in the evenings, after she put her children to sleep. Ultimately, the triathlete moved and joined her local running club-- the Hendersonville Running Club. This club has seen her through the majority of her training.

"Within my running group, I have developed a close knit group of girls and we meet every weekend to do our long runs together," she said.

"I would like to continue to build as an athlete. I see myself as more than a runner: I am a mom, a runner, and a doctor, and so much more. I would like to build speed, endurance, strength and continue to succeed in running. Of course, I want to PR my races, but being healthy is a huge part of my training. At some point in the distant future, maybe a BQ would be in my reach… maybe. I’m not setting my sights on it yet. My biggest goal other than the above, is to run a marathon in under 4 hours."

Sleep & Anxiety Woes
After getting to know her background, Alison told me about some of her struggles with running. They primarily revolved around anxiety and sleep.

"My pre-race anxiety has always been terrible! That goes along with my test anxiety that I have always had. The week before a race, I am normally having nausea, diarrhea, and butterflies in my stomach-- these will come in waves. I have always had an underlying anxiety, but anything that feels like a 'test' will make me nervous. To me, the race would 'test' how fit I have become.  I obsessed about things like the weather, my last two weeks of training runs- I always seemed to fall into a runners depression during my taper weeks-- losing confidence in myself, feeling down, and then the increased anxiety."

She has struggled with getting more than four hours of sleep the night before a race. She would lay awake in bed, feeling exhausted, but with her mind playing out every possible scenario for race day. She would obsess about numbers, paces, the weather, and all sorts of "what-if" scenarios.

"The night before my 2nd Marathon- Rocket City Marathon- I was with two of my friends and I was tossing and turning until 2:00 a.m. They finally heard me and asked what was wrong, so I told them. Thankfully, one of the girls had a Benadryl, and I took half of it. Within half an hour, I was asleep and got a whole 3.5 hours of sleep! I managed to PR that race by 25 minutes, but I think I could have done better had I actually rested my body."

So, from that point forward, before every race, Alison would take half a Benadryl the night before, but it would always leave her feeling dry-mouthed during the race. "I know that this isn’t the answer," she told me, "but it allowed me to get close to six hours of sleep at least before a race."

Overall Mindset and Focus
Alison told me that her mind always raced as she approached race week. "I obsessed about numbers, paces, weather, water stops, and nutrition. I continually focused on the things that I couldn’t control and they controlled me for at least 1-2 weeks before the race. Taper time was always the hardest for me- the lack of confidence that I felt left me feeling down and doubtful of my impending performance. Hyper-focusing on times/paces were huge for me. I was constantly playing out different scenarios in my head of how I could catch up on time if I was short, how to get through water stops without adding too much time, monitoring my pace during the race. I would check the weather where the race location was, several times a day for the week leading up to the race- worrying if it was too hot/cold/windy/rainy, etc. Obsession. There is no better word." 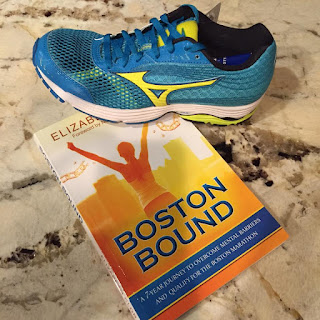 Alison recently wrote a blog post about her latest marathon, which unfortunately was shut down near the halfway mark due to severe weather. She mentioned that Boston Bound helped her immensely with this race, so I was curious to hear how.

"Boston Bound made a huge difference in how I felt in the weeks leading up to my latest marathon, the morning of the race, and the race itself. Hearing that you also suffered from pre-race anxiety, really helped me realize that this wasn’t just me. Also, I realized that I was focusing on all the wrong things! I was obsessing about things that I couldn’t control- such as the weather. A friend of mine had suggested I read this book (he didn’t even realize how much pre-race anxiety I had), and I was attached to the book the moment I read it. I have underlined and starred multiple sections of the book, so that I can refer back to those pages.

"I realized that positivity and confidence were an integral part of my training and tapering. I didn’t check the weather at all except for two days before the race, when I was packing for our trip. My husband was busy checking the weather several times the week before the race. Whether he told me it was a high likelihood of rain, low chance of rain, hot, cold, or thunderstorm, I kept telling myself that I needed to focus on the things that I could control: I could control myself- my mind, my positivity, my confidence."


Sleeping Easy
Alison went on to tell me that she finished Boston Bound for the first time, one week before her marathon, and then read it halfway through again the week before the race.

"Just by changing my mindset, I didn’t’ suffer runner’s depression during my taper time and I wasn’t anxious the week before the race. If I started thinking about anything that would make me nervous, I remembered positive thoughts: I have trained hard and I am going to run this race to the best of my ability. The night before the race was the best night’s sleep before a race I ever got!! I got a whole seven hours of sleep- and without Benadryl!!

"In the morning, I ate my breakfast without significant nausea and had no butterflies in my stomach like I normally do. I was laughing and cuttin’ up with my sister and husband even as the race started. I have never felt so confident in myself as I approached a race as I did for the Race Around the Lake Marathon. The confidence wasn’t that I would attain my PR, it was that I knew I would race the best race I mentally and physically could. My favorite quote from the book, which is my new mantra is: '…focusing on the things that I can (control) is the key to a healthy mindset and ultimately, success... I now expect myself to run the best of my ability regardless of the circumstances. And the ‘best of my ability’ doesn’t always equate to a PR.' "

Alison's next marathon is the Hartford Marathon in October. Coincidentally, this was my first BQ target race! Her coach has decided that for the next month she will refocus her training on speed, and she can build up endurance again after that. Her main goal at Hartford is running a sub- 4 hour marathon. She's going to swim to help with endurance and work on cross training with core strength as her focus.

"Another thing that I would like to continue to focus on is mental toughness. I think that that is harder to work on, but the summer heat and humidity will give me plenty of opportunity! Onto Marathon #7!"

Best of luck, Alison, and thanks for chatting with me!

You can learn more about Alison on her blog.
at 1:00 PM