With the year coming to a close, I took a look back on my training in 2011. Thanks to the RunningAHEAD training log, I was able to make some pretty cool charts. 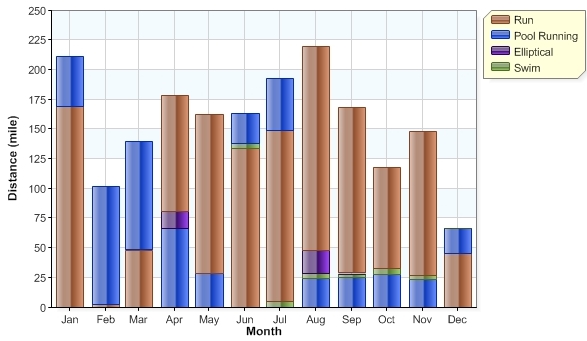 December is looking pretty wimpy-- mainly because I felt worn out/run down for the first half of the month. But I still have 10 days left to crank out some good workouts! My calf might be ready for a long run on Saturday. Apparently it was a mild strain and the Graston that I had done on Monday has already helped. I won't attempt a long run unless I am 100%, but I am hopeful that I will be. If not, there is always the pool.

Looking only at land running and the specific workouts themselves, 2011 looks like this: I worked really hard over the summer and was prepared to crank out a killer marathon on Oct. 2. But alas, it wasn't my day. Instead of getting a new marathon PR, I ended up with PRs in the shorter distances, which I am very happy about.

My land mileage for 2011 is the lowest its been since I started tracking miles back in 2008. However, with the introduction of pool running, I haven't lagged behind too much. I'm also training smarter now, so I am able to get better results with fewer miles. 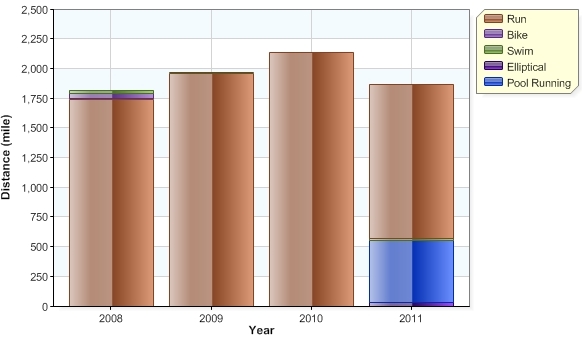