Osteitis Pubis. Sports Hernia. Athletic Pubalgia. These three terms refer to a set of conditions that result in groin pain in athletes. They all have slightly different nuances, but all of them mean you shouldn't be running.

I briefly touched on this in a previous blog post, but I will get into all the details here.

How it started
In July 2019, I had a bike accident while on vacation in Norway. The bike tire got caught on a rail track, stopped the bike, and I fell onto the pike, bashing my pelvis into the bike bar with a ton of force. This resulted in massive bruising, a ton of pain, and 9 days off from running. I went to several doctors at the 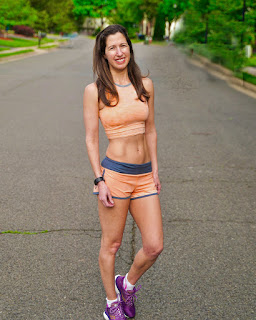 time and they all agreed it was a hematoma and it was okay to run as tolerated.

The damage from this accident never healed completely. Sometimes I would wake up in the middle of the night with my pubic bone aching. I could never do a sit-up without my lower abdominals feeling strained. Certain adductor exercises were painful or not even possible.

But it didn't impact my running or my daily life; it was sort of lingering in the background Since the accident I have run 4 marathons (CIM, Boston Virtual, Harrisburg, and Two Rivers). I did irritate it during CIM, but it was silent after Boston Virtual and Harrisburg. But due to the slant of the road at Two Rivers, the adductor finally said "I've had enough!" I think that was the breaking point.

I did have some warning signs before the marathon, though. After my long runs throughout March I would feel a tenderness in the groin area. And once I felt some groin pain at the end of a 22-miler.

Post Marathon
Immediately after the marathon, the left side of my pubic bone was in a lot of pain, but it subsided within 24 hours. And then I took a week off of running and I felt 100% normal walking around. I actually did quite a bit of walking at the chess tournament (one week after the marathon), logging over 8,000 steps, and felt completely normal.

When I returned to running, my pubic bone area started to hurt right away. It wasn't severe-- it was about a 2 out of 10 on the pain scale. The lower abdominal muscles were also a bit tender. Since I was just coming back from the marathon, I kept these runs slow and short. And I didn't run every day. I think it was a total of 5 short runs over a 9 day period before cutting it off completely. The last of these runs was my longest: a 5-miler. After that run, I began to feel the pain while walking. I have not run since April 13.

I went to a doctor and my sports chiro and ultimately ended up getting an MRI (this was after the mandatory X-ray needed by insurance). I wish I had gotten an MRI immediately after the bike accident so I would have known I needed some rehab, but I didn't advocate for myself with the doctors. And they reassured me it would heal with no problems.

MRI Results + Diagnosis
This is taken from the report:

synovitis within the pubic symphyseal recesses. The hip joints are preserved. Small bilateral joint effusions are seen in the right and left hips. No prominent anterior superior superior labral tears are identified.

Muscles/Tendons: There is focal high-grade partial-thickness tearing of the rectus abdominus adductor longus aponeurotic insertion on the left pubic bone (series 2, image 10). The visualized muscles and tendons are normal.

When I first read the report, I panicked. It sounded like there was a crap ton of stuff wrong! I was particularly worried about the bone marrow edema because that can become a stress fracture. The high-grade tearing of the muscle/tendon was also alarming.

After I had my PT and doctor interpret this, it didn't sound so horrible. Key findings:

In the diagram, the tear is located where the adductor longus meets the pubic tubercle, and I have pain in the area around the inguinal ligament + rectus abdominus.
The most likely scenario is that when I had the bike accident, it never healed properly and it resulted in my muscles overcompensating and "learning" how to fire incorrectly to compensate for the weakness. There was a good amount of scar tissue on the MRI and the doctor said that doesn't happen within a few weeks- it takes a long time for that much to build up. Once I tore the tendon - which could have been during the marathon or during training - then additional strain was placed on the pubic bone, causing bone marrow edema and inflammation. So we think the partially torn adductor is the culprit. . . and that was caused by muscles not properly firing, resulting in an imbalance.
So this is an overuse injury, but it would not have happened if the bike accident didn't damage that area to begin with. It was like a ticking time bomb.
Moving Forward
I have been in physical therapy for three weeks now. I am working with a pelvic floor specialist and she's given me a ton of exercises. We have done blood flow restriction and dry needling. The dry needling was like torture. She has dry needled my adductor, my pelvic floor, my abdominals, and my hamstring. OUCH!  But that needling has honestly brought about the best results.
When I stopped running on April 13, I started talking daily walks for the next two days, but then I stopped that because I felt like it was too much. It seemed to get worse and worse, with it being painful for me to walk around the grocery store on the weekend of April 24. That's when I felt like I would never get better!
But today, on May 7th, it feels a lot better to walk. I do feel it when I walk but it's only about a "1.5" on the pain scale - a minor annoyance. Maybe enough to make me limp a bit. And my doctor actually recommended that I take a 30-minute walk each day. Anything that involves the lower abdominal muscles or the left adductor doesn't feel right, so there is a constant reminder that I have this injury.
Now I am focused on doing PT exercises each day, and getting the dry needling twice per week + blood flow constriction therapy. I'm also using my Theragun to massage the adductor and lower abdominals.
PT exercises include:

Recovery Timeline
The doctor couldn't give me a definite timeline and he couldn't even guarantee that the tear will heal itself. He said it would likely heal without surgery if I do my PT exercises regularly. At this point, the earliest I would start running again (and by running I mean a gradual run-walk introduction) would be the end of May. Early June is probably more likely.

Worst case scenario would be surgery or simply taking 3+ months to heal. The longest I have ever taken off for an injury was 5 weeks back in 2009 when I had peroneal tendonitis. That's maybe tied with my stress fractures from 2011. I think that was 4-5 weeks, too.

I've taken 3 months off due to mono on multiple occasions, but I've never had to take more than 5 weeks for an injury. I guess I should be glad this isn't mono and I know it's going to heal 100%. It just requires extreme patience. The silver lining is that I will be stronger when I come back because of the daily focus I have on stability, strength, and mobility exercises.

Attitude and Perspective
Compared to previous injuries and bouts of mono, I am not that upset about this one. Even though it's the worst injury I've had - I am tolerating it much better.  Why?

I hope the road to recovery isn't too long. I've mentally accepted that I likely won't be back on the roads until early June. I'm also prepared for it to be longer. I am still optimistic about a late fall marathon, although I haven't chosen one yet.
at 12:26 PM