On January 1, 2008, I started an online training log at RunningAhead. Every day for ten years I have religiously logged my mileage, pace, route, and shoe. I have loads of data, and for a data junkie like me, this means I get to crank out some fun stats. As for my sentimental side, I get to reflect back on ten years of running and racing.

Here are the averages from this 10-year period:
This chart tells the story: 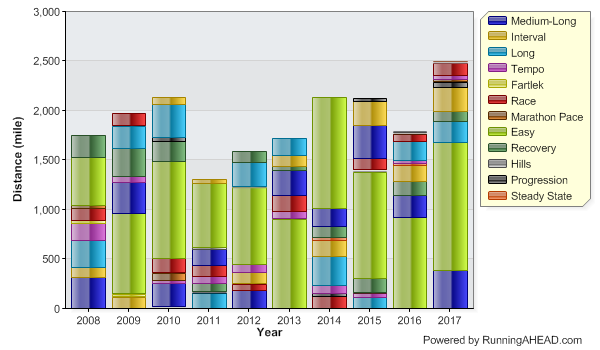 Over the past ten years, my PRs have dropped as follows:


Some people can make this kind of progress in five years, but I plateaued from 2011-2014. Also, I started racing in 2005, so these are not my slowest times.

Shoes
107 pairs of shoes! All of which have at least 100 miles on them. My shoe that got the highest mileage before retirement was the Nike Air Structure Triax +12. And that mileage was 247! I typically retire my shoes at around 180 miles, because that's when I start to feel them break down and my legs begin to hurt.
Long Runs
I've completed 43 runs that were 20+ miles in length (but not actual marathons).
My hottest run ever was the Potomac River Running Twilight Festival 4-Miler in June 2016, when it was 91 degrees. Shortly after this race, I came down with mono. My coldest run ever was a 6.3-mile training run in 9 degrees in February 2015.

I thought it would be cool to include my favorite photos from each year: 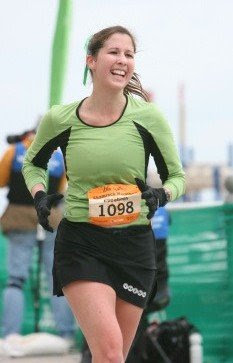 2009: New Jersey Marathon. Running in a torrential downpour killed my spirit and my time, resulting in hypothermia. 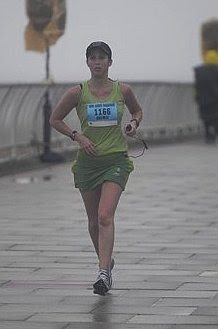 2011: The Run Geek Run! 8K. I surprised myself during this race running much faster than expected, and this photo makes me look tough. 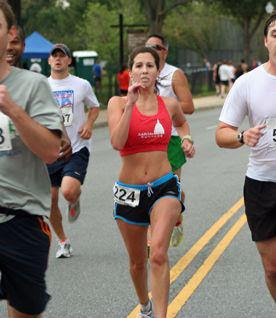 2012: The Potomac River Marathon. I DNF'ed due to race anxiety, but I tried my best to be relaxed before I bonked. 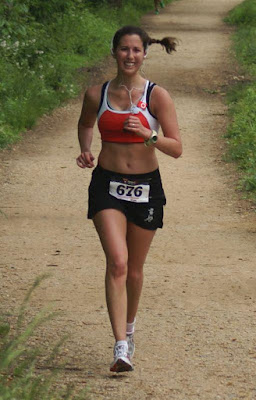 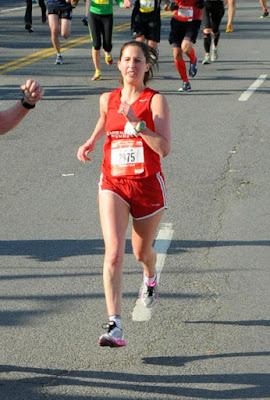 2014: Boo! Run for Life 10K. This was a huge PR for me shortly after starting to work with my new coach: 43:56. I was still wearing the singlet of my former team, however. 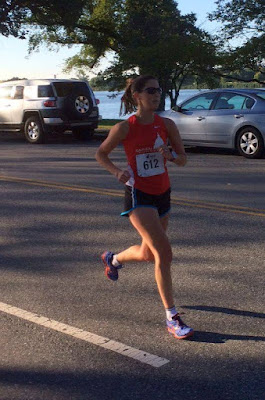 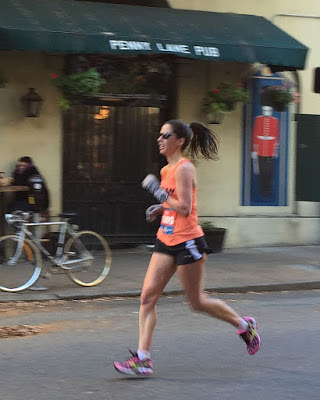 2016: The Boston Marathon. No explanation needed! 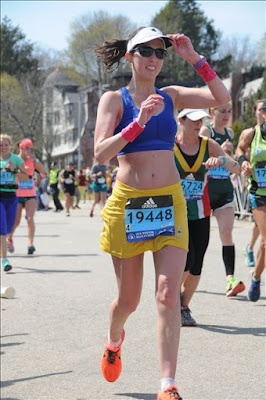 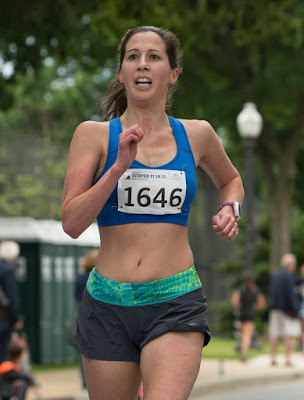 It's been an amazing ten years. Running has added so much to my life with all of its ups and downs, but mainly ups. Hopefully I will be healthy enough to generate another 10 year's worth of data discovery!
at 1:24 PM