Musical Letdowns-- and a few diamonds


This post doesn’t have much to do with running, unless you consider the fact that I sometimes (although rarely) run with music.  Back in the days of MySpace when my blog reached a private audience, I would post about everything and anything—not just running. Music was a popular topic. But now that the blog is “out there” for anyone to read, I typically keep my posts strictly running related.

I just purchased the new Jason Mraz album and I honestly cannot believe how someone so talented could reduce  himself to this. In fact, 4 out of the past 6 albums I’ve purchased have been real let-downs. Bands who used to totally rock my world now reduced to easy listening or elevator music.  I’ll start with Mraz. 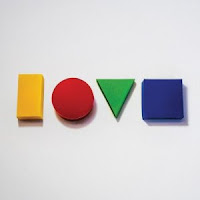 I’m sorry, but this album sucks. There’s just no other way to put it. It might be good for if I was trying to fall asleep or something, but compared to his former peppy self, it is a huge disappointment. His lyrics used to be so clever and witty. His music and tones so complex and stylish. Now, it’s this half country-half folk style. Overly simplistic lyrics and melodies, which he probably thought would bring him more success after the sing-songy “I’m Yours” from 2008. That song brought him a huge amount of popularity, but it really took him down a few notches in my eyes. Bring back the days of “Geek in the Pink” and “The Remedy”.  I even loved his slower stuff like “The Boy’s Gone” and “Plane”. It was so powerful and full of emotion. Where is all the emotion now?

Let’s do a comparison of lyrics, then and now.

“Too Much Food” from 2003:
Believe it or not I super sized my sights on the surprise in the cereal box
My stomach’s smaller than my eyes
so I went to see the doctor and he said "turn your head and then cough"
I didn't listen to what he said instead I couldn't wait to get off

“Tonight Not Again” from 2003
The night.
She brushed her hands upon my flushed cheek
Smelled of childhood remnants of a dusty weeping willow
Clouds soothe, Shredded by the calico
Were oh so vast and quick as I was on my own now.

“Frank D. Fixer” From 2012
I wish I was a fixer
I would fix you up inside
I would build you a town if the world fell down
I wish I was that guy

It’s like he went from the vocabulary of a fine arts major to that of a 3rd grader.

Plain Vanilla: Incubus- If Not Now When? 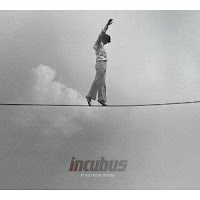 Another CD to put me to sleep. With the exception of two songs, this CD is another snoozer. What happened to songs like “Anna Molly” that really revved you up? Or even something more mellow that “Drive” that at least had a solid melody and some good lyrics. Until now, I’ve really enjoyed all of the Incubus CDs. But this one is so boring.  “Isadore” has a nice sound to it and “Switchblade” is typical Incubus style, but the rest of the CD bores me to tears.

Just Annoying: Coldplay- Mylo Xyloto
I was hesitate to purchase this album because this band has been going downhill for awhile now. Nothing will ever be like Parachutes, but the last few CDs have been real let downs. I have to say that Mylo Xyloto gets the award for worst Coldplay album to date. Even with the previous CD, there were two songs that I absolutely loved. On this CD, most of the songs I can’t even bear to listen to they are so annoying. The song “Major Minus” is a major exception. It has an awesome sound to it, and I highly recommend you check it out.

Lacks Energy: Jimmy Eat World- Invented
I was worried that this album wouldn’t be any good and I was right. “My Best Theory” which was blasted all over the local radio stations is a great song, but the rest of the album doesn’t follow suit. None of the other songs have the energy of “My Best Theory”. I really loved Jimmy Eat World’s previous mellow songs, but this CD is primarily of the mellow nature and most of the songs are just boring. I’ll admit that some of them grew on me, like “Movielike”. The Jimmy  Eat World CD is far better than what Coldplay put out. But still, a definite let down from classics like “Bleed American” and “Futures”.

I absolutely love this CD. . . . Red Hot Chili Peppers—I’m With You.

Finally, an album that is just as good, if not better, than its predecessors. The Red Hot Chili Peppers have been around since the late 1980's and I think they are better than ever now. Californication from 1999 was an obsession of mine, and when By The Way came out in 2002 I was even more obsessed. Stadium Arcadium was good, although there were a few songs I didn't like. But I'm With You has brought me back into full obsession mode.  Favorites include Factory of Faith, Happiness Loves Company, Even You Brutus and Monarchy of Roses. I highly, highly recommend this CD. 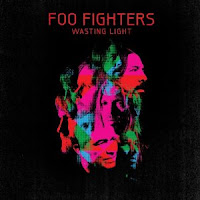 I love this CD. Usually the Foo Fighters' albums are about 50-50 for me, but on this CD, I like almost every song. "Walk" has an amazing build, "Bridge Burning" is something I can totally get into, and "Dear Rosemary" just has a lot of good emotion.


I noticed that all of my new music purchases have been from artists who have been around for a long time. Maybe I just need to embrace some emerging artists and figure out who's just coming onto the scene.
at 6:25 PM