It's now been one week since the B&A Trail marathon so I've had time to reflect more on the race.

In some ways, I feel like I got "the monkey off my back," but really I know that I had to have gotten rid of the monkey well before this race in order to be relaxed enough to run well. 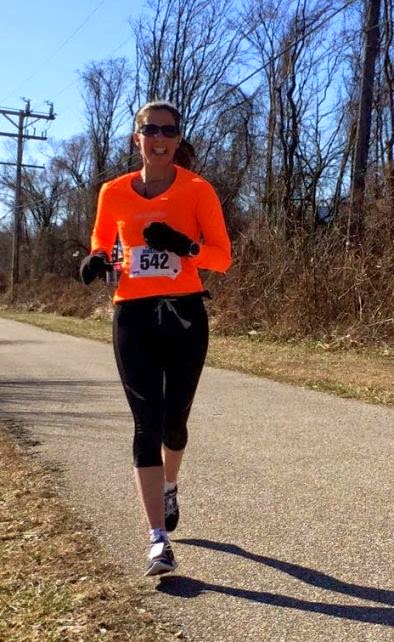 Running a race like this is something that I thought myself physically capable of for the past five years. Based on the paces I was hitting in training, my times at shorter races, and the sheer volume of my training, everything indicated that a 3:35 was well aligned with my fitness.

Naturally, I was extremely frustrated because I worked so hard in training, but it never paid off at the marathon distance. I had to work hard to free myself of this frustration and re-focus on the bigger picture. When I was finally able to let go of "the monkey on my back," I was able to sleep better and stay calm during my taper. And even on race morning, I didn't feel as jittery as I have in years past.

I ran this race on auto-pilot. I knew exactly what I was going to do and when, so it was just a matter of executing. In fact, I don't even remember some of the songs on my iPod even playing. I had a purpose, which was to get to the finish line, and I knew how I would fuel, hydrate, pace, and mentally do throughout the race. I knew it was going to hurt during the last 5-6 miles, so when it did, it didn't phase me one bit. I just told myself to keep pushing and not let the pace slip.

Even when the race threw curve balls like icy patches, a windy detour off the trail, and dropping my Honey Stinger gel, I didn't have an emotional reaction. Being emotion-neutral while racing produces the best results. I didn't feel happy, sad, frustrated, angry, excited, or anything like that. Just auto-pilot. So nothing phased me.

Post-race peace
This past week, I have been having the best sleep of my life. I am consistently getting around 8 hours a night. I fall asleep shortly after I get into the bed, and I sleep through the night. I wake up gradually and feel completely refreshed in the morning. I can't remember a time in my adult life where I have had consistently restful, uninterrupted sleep.

Even though I was in a really good mental place before the race, I have this renewed sense of calmness. I feel relieved too. I was stressed before hand, but in a good way. I had to be careful about not getting or injured or any of those things and I didn't know what race day had in store. And now that it's done with, I feel like I don't have a care in the world!

One step at a time
Occasionally I've had that thought "maybe I could have run it faster if I started out a little faster." My legs were sore this week, but they've been far more sore after other marathons. But whenever I have that thought, I always remind myself that I needed to run this race with this pacing strategy. I've been going out at an 8:20 pace for the past few years in my marathons, and I haven't yet run a negative split on it. So before trying to go out any faster than that, I needed to first prove to myself that I could start at 8:20 and run a negative split.

Now that I know I can do that, the next step is to try going out a little faster. Part of my problem in past races is that I would try to PR by 10 minutes or more. And that's not realistic. I'm now focused on the big picture of marathoning, taking it one step at a time. This particular race showed me that I can start out at 8:20, and negative split to 3:35:29.  Next time, I will feel more comfortable with a faster starting pace.

Could I have maybe run this race 1-2 minutes faster if I started out faster? Potentially. But that wasn't my plan. I had a plan to start out at around 8:20 and speed up, and I did it-- after 4 years of not doing it! Having a plan and executing it well is the confidence boost I need. And a PR by over 4 minutes is not a bad byproduct.

Boston bound
I think my next marathon will be Boston. I want to take the summer/fall off from marathon training so that I feel free when I start to train for Boston.

Instead, I am going to run two half marathons. I've never focused on half marathon training, and I think that I could run a 1:38 or faster with the proper focus. My 10K PR pace from last fall was a 7:07, so I think that running a half marathon at a pace of 7:25-7:30 is realistic.

Greg and I have a long vacation planned in Europe over the summer, and it will be nice not to have to worry about marathon training during that time.

Speaking of Greg, he's still on crutches and wearing a boot, and will be for the next 4 weeks. Here is the video footage that he took of me at various points along the course.


I don't have any immediate race plans. I am just enjoying having extra time on my hands without having a long run every weekend!