The Never Ending Story Comes To An End

"The sphinx's eyes stay closed until someone who does not feel his own worth tries to pass by."

In the past, this is what the start line of a marathon was like for me.

I would cross the start line full of anxiety and self-doubt (although I didn't recognize it as self-doubt at the time) and the sphinx's eyes would open, zapping me as I crossed the start line. About 8-10 miles into the marathon, my body would start to feel as if it had been completely zapped and all of my running abilities magically taken away from me.

As I the start line draws closer and closer, complete with sphinx, I am trying my best to prepare so that I don't get hit by the sphinx's rays. Or maybe I'll even be strong enough to remove the sphinx completely.

Nearly a year ago, I received a blog comment that the definition of insanity was doing the same thing over and over and expecting a different result. I have to admit that this comment irked me because I wasn't about to give up on the marathon. But I realized that I would continue to have DNFs if something about the equation didn't change.

The short story is that I had two marathon blow-ups in a row due to the heat, which made me put extreme pressure on myself to perform at subsequent marathons. So even when heat was removed from the equation, I was still subconsciously worried and doubting myself. And then it became a self-fulfilling prophecy. I became so fearful that I would bonk again that inevitably, I would bonk.

What am I doing to take the anxiety/self-doubt out of the equation? Two major things, and they're connected.

1. I "feel my own worth" as a person, not just as a runner.
2. I'm focused primarily on the process of the race, not the outcome.

I will feel my own worth when I pass through the sphinx.
I value myself based on who I am at my core, not on the the things that I achieve. I'm thoughtful, sensitive, motivated, passionate, and a deep thinker. Nothing will change these core attributes and lately I've been taking the time to recognize them more and more through my actions and thoughts. I bring my passion and drive to my running, and there is no race result that will ever change that.

I'm focused on the process, not the PR.
Even though I recognized that focusing on my marathon time was contributing to the anxiety, I didn't know how NOT to focus on it. I wanted so badly to run a marathon that reflected all my hard work and I couldn't ignore that desire. Now, I don't need that result to validate my hard work or the fitness level I have attained. I've gotten so much out of my training, as I mentioned in my last post, and nothing will take that away from me. Months and months of hard work are far more meaningful than how my body decides it's going to perform on just one day. And as I said in the previous post, I'm not doing the training with the focus of the marathon as the goal. Although I have structured my workouts so that I will be prepared to run the marathon that I'm registered for, I don't constantly find myself thinking about "what does this workout mean for the marathon"? I just don't think about that anymore. I've stopped speculating.

I've proven that I can focus on the process and tie emotion to that. For each race I've run since I recovered from mono, I was primarily focused on my training and my race strategy- not the outcome. I've never really liked the "just do your best" motto because I wanted results. But now I see that there is pride in doing my best and I am not in complete control of the race result. I'm not a machine, and my body performs differently on different days. I've accepted that and have therefore set more realistic expectations.

Everything happens for a reason. When my sports psychologist said this to me, I was thinking of it on a spiritual level. For example, I didn't get mono because I caught a virus but because I was supposed to learn something from it. (It's true that I got it from the virus, but when I think of why I got it, I think of what I was supposed to learn). He was talking more on the scientific level: I've had six marathon blow-ups for very specific reasons: heat, lack of sleep, race anxiety, stomach distress, etc. If I remove those elements, then there is no reason for a 7th blow-up.  If it's hot, I will adjust my pacing strategy to run slower. I can prevent lack of sleep and anxiety by removing the pressure I put on myself to perform. I now know what I can and can't eat before and during the race, so I can reduce the chances of stomach distress. Things are changing, so there's no reason for me to think I'd have another blow-up.

Here's me at my next marathon: 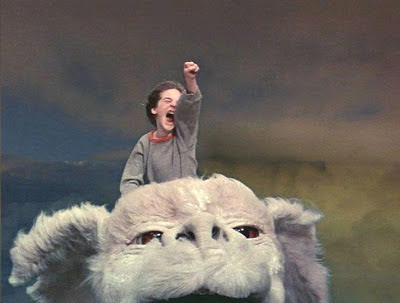