A year ago, my yearly goals would have looked something like this:

They don't look like that now. I've changed and grown quite a bit over the past year and a result, I see my running in a different light.

Before I can set my 2013 goals, I think I need to take a look at where I am now. My goals are to continue to hone the "tools" that will make me a happier person and a stronger runner, both physically and mentally. These tools or skills aren't a "yes/no"-- rather, they exist on a spectrum of how strongly they can hold up with  increased amounts of pressure or adversity. I have quite a few of these, but I am going to go with my top 5 skills that I want to strengthen in 2013. 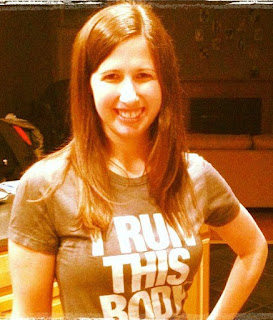 The better I am at each of these, the less anxiety I will feel about running and racing, the better I will sleep, the more relaxed I will feel, the more content I will be. And ultimately, this is what leads to strong performance.

A year ago, I didn't have any of these skills. One bad race would upset me so much and overshadow the big picture of my running and all the hard work I did during training. And I couldn't let it go-- I couldn't separate out my running from other parts of my life and who I was as a person. A "bad" race would hang a dark cloud over me for days. I knew I had anxiety issues that were impacting my marathons and the more I tried to get myself to relax, or convince myself that I didn't care about the time, the more anxiety I generated. I finally put a stop to the cycle and committed 100% to learning how to be kinder to myself.

Focusing on the process of running a race, as opposed to the outcome. Now: 3. Goal: 4
I've demonstrated this skill at my past 4 races, including my most recent race where I felt like I was physically in shape to PR. However, none of these race were what I would have previously considered "goal races" so there wasn't as much pressure as there might have been if the race was my "A" race. I'd don't know if I will ever be able to push this to a 5 because I've always been so focused on my time goals, but I think I can get this to a 4 with more practice. A "4" would be where after the race, I'm still thinking in terms of process and not judging my race result.

Not comparing myself to other people. Now: 3. Goal: 4
I've made huge strides here. I used to constantly compare myself to others. I don't do it as much anymore, but that's because I am literally having to remind myself not to. A 4 or 5 would be when the temptation is not even there and the thought doesn't even cross my mind to compare my running to someone else's

Separating my running from who I am as a person. Now: 4. Goal: 5
I never did this before because I didn't think it was important. Actually, I thought that all successful runners were completely defined by their sport and ate, breathed, and slept it. I've opened my eyes and taken a good look around me and realized that the most successful athletes I know are not at defined by their running. It's just one aspect of their life and they aren't carrying it into conversations at parties or into the workday, or letting it just occupy their mind 24/7. So once I realized that separation is actually a very good thing, I adapted nicely. I think I'm at a 4 because I still find my mind wandering to running when it really should be focused on something else. But only occasionally and I see this happening less and less.

Focusing on the big picture of my running- not any one individual race. Now: 3. Goal: 5
Perhaps a bit aggressive to move this to a 5, but I think I can. Marathon training is really focused around one goal race and all the workouts, etc. are timed accordingly. Therefore, it's hard not to see the marathon as the "A" race of the season and everything else as "B" and "C". But I really want to put everything on a level playing field. No one race defines my training cycle. And there aren't races that are "just for fun" and "for time". Every race should be fun. And I should care about my time for every race, although not have it be the main focus. As I explained in a previous post, only 20% of races are likely to be PRs. And 50% of them are likely to not go my way. That's just how the sport is at my level, and I want to accept that within the big picture of 2013.

Attaching emotions to the process. Now: 4. Goal: 5
I've always done a little bit of this. I've always been really satisfied with my training and proud when I ran a race to the best of my ability. But it's always been overshadowed by the race result, since my emotions were more strongly attached to that number, and not the process. I've had so many fantastic training cycles for marathons, and had marathons where I ran the best race I possibly could given the circumstances- be it heat, an upset stomach, or whatever. And I was proud of myself for that, but that feeling of pride was never the dominant feeling after the race. I have a more realistic view of racing now, and there is no reason why I can't always run the best race I have in me that day and be proud of it.

In closing, I think I have progressed more as an athlete in 2012 than any other year prior. Ironically, I only have one PR to show for it. But I think I needed to go through mono and other adversity to get some perspective and to "practice" skills that would be hard to learn if I was in peak condition physically. With these goals in mind, I am ready to embrace whatever 2013 brings.
at 8:00 AM