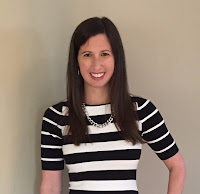 Hello! I'm Elizabeth and I'm a 40-something runner, author, marketer, pianist, and lover of zebras. I live in the Washington, D.C. metro area with my husband, Greg.

This blog is primarily dedicated to my journey as a runner. It began as a MySpace blog in 2006, which covered anything and everything, but when that platform became obsolete for blogging in 2008, I moved my running posts to this site. I started running in 2001, racing in 2005, and I qualified for Boston in 2015. In 2016, I ran the Boston Marathon and published a book about my journey to get there, Boston Bound.

Dancing Beginnings
I grew up in a dance studio, quite literally. My mother was a dance teacher and so when I wasn't at school, I was at the studio. I loved all forms of dancing and all aspects of it-- from the costumes, to the music, to the discipline involved. I was on my high school dance team which involved half-time shows at football games and competitions in Orlando. In college, there wasn't much of an opportunity to keep up with the dancing, so I (somewhat) fulfilled the gap by taking step aerobics classes. After I graduated, I joined a gym for the primary purpose of step aerobics, but I also began to take an interest in general fitness.

Gym Rat
On the days when step aerobics wasn't offered, I ran on the treadmill. My first treadmill run was in 2001, and I ran for one mile. It took me nearly 11 minutes and I felt extremely winded by the end of it. But I stuck with it and every time I went to the gym, I increased either my distance or my speed. It wasn't long before I was running 3 miles, 4 miles, and then 5 miles. Once I got up to 5 miles, my standard run would be about 5 miles at a pace of around 8:20. My step aerobics teacher left, so the treadmill became my primary source of cardio. I was your typical gym rat, and I would also spend about 30-45 minutes doing strength training exercises.

Introduction to Racing
In the summer of 2005, I attended my 5-year college reunion. I had brought my workout clothes because I planned on using their gym. I discovered that there was a 2-mile race being held in the morning so I decided to take part. I didn't know what it felt like to race, so I just ran as fast as I could. To my surprise, I ended up winning first place among all women. I took home two trophy cups, one for the overall winner and one for winning the class of 2000.

A guy I met at the race told me that I should do 10K in Washington DC the following weekend. I had run over 6.2 miles on the treadmill (although not much more) so I knew I could do this distance. But I wasn't sure how different it would be outside. I went home, looked at the race website and decided to enter.  It was the Lawyers Have Heart 10K in Georgetown. I was introduced to the concept of chip timing (back when they had real chips!) and the experience of running with significantly more people.

It was a hot day and I tried to pace myself as if I was running on a treadmill. I had no watch, I was wearing cotton clothing, and I was essentially clueless about what I was doing. But I knew I could go the distance. Afterwards, the results were posted on a board. I asked someone what "net time" meant and they explained it to me. I realized that I finished within the top 25-30% of all women and I was really happy about that. My time was 53:09.

I decided I would run the VA Beach Rock 'N Roll half marathon at the end of the summer. I had visited one of my friends who lives in VA Beach over labor day weekend in the past, and I was in awe of people running that distance. I still kept mainly to the treadmill, but I would go outside on the weekends and I got my longest run up to 11 miles. I didn't have much guidance in my training, I just did what I thought made sense to prepare me for 13.1 miles.

Long Distance Running
My goal for the half marathon was 2:00, and I met it exactly. I felt so accomplished afterwards that I knew I wanted to keep running and racing. The idea to do a full marathon popped into my head when one of my friends said she was going to do the Delaware marathon in May, and wanted me to join her. She had never done a marathon either, so it would be a first for both of us.

This was the first time I consulted any literature about running. I bought Jeff Galloway's book Marathon because it was geared towards beginners. I only had 9 weeks to train (we decided to do the marathon in March), but I figured I could get my long runs to where they needed to be. My weekly mileage was already substantial and had been for years. I did the run-walk approach during my long runs and it really helped me get through. I didn't follow Galloway's plan, but I did follow his long run schedule.

Race day arrived and much to my dismay, I started having aches in my hips at mile six. I decided to just push through, but I ended up having to do more walking than running towards the end. My goal was simply to finish, and I ended up with a 4:46. I was so happy to have finished a marathon and I immediately set my sights on the Marine Corps Marathon in the fall.

All-Out Runner
Since then, I have been consistently training and running races from the 2-miler to the marathon. I've run a grand total of 31 marathons, and over 35 half marathons. I'm extremely goal-oriented and I love a good challenge, which is why the sport of running is so appealing to me. It empowers me and adds a great deal of excitement in my life.

In October 2014, I finally qualified for the Boston Marathon at the Columbus Marathon with a 3:40:00. A "BQ" had been a goal of mine for years and I was thrilled to finally achieve it. I qualified again in March 2015, this time with enough of a qualifying "cushion" to actually get an entry into the race.

After running Boston in 2016, I published a book detailing the mental barriers I encountered along my journey. Even though I was arguably fit enough to BQ in the 2009-2010 timeframe, I experienced race anxiety, which would thwart each attempt for years to come. More important than the BQ, addressing these mental barriers in running gave me an entirely new outlook on life, and has led to a more relaxed mindset in everything I do.

I'm very fortunate to be able to share this passion with my husband, Greg, who is also an avid runner. It's a great way for us to support each other and spend time together. I'm also extremely thankful to all the friends I have met through this sport.